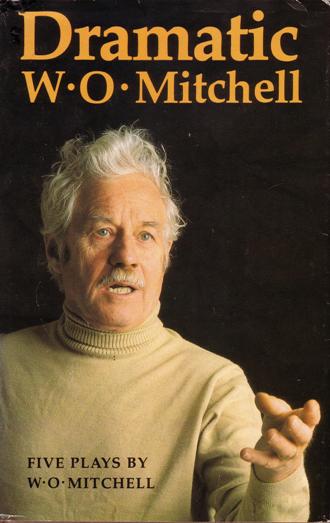 Professional and amateur rights for the following plays are available (click on titles for details of each play):

Before W.O. discovered his vocation as a writer, his first love was theatre.  In his senior year (1931) at St. Petersburg High School in Florida he played Andy, the lead in Aurania Rouveral's Skidding.  The production was a great success drawing a standing-room only crowd of 1,800.  The St. Petersburg Times reported, "From the opening of the curtain, Bill Mitchell captivated the audience with his portrayal of Andy, the typical adolescent.  His enjoyment of the part made it a triumph and many said he stole the show."

His first attempts at creative writing were three one-act plays he wrote for a course at the University of Washington in 1935, and he acted in a number of Calgary Theatre Guild productions in 1936-38.   But it wasn't until 1950 that he became involved in drama again when he was persuaded by Harry Boyle at the CBC to adapt thirteen Jake and the Kid short stories into half hour radio dramas.  The immensely popular Jake and the Kid radio show which starred John Drainie as Jake and Billie (Mae) Richards as the Kid continued until 1956 with a revival of twenty shows in 1969-70. Peter Francis, the first director of the series, said that these scripts place Mitchell "on permanent record as one of the few authentic humorists, better than Leacock and in a class with Mark Twain."  In a sense Francis was prophetic-- Mitchell twice won the Stephen Leacock prize for humour for his two collections of Jake and the Kid stories.

Mitchell’s first stage play, a one-act adaptation of his short story “The Day Jake Made Her Rain”, was produced at the Qu’Appelle Valley summer arts school in 1953.  Royalty is Royalty, also based on Jake and the Kid episodes, was his first full-length stage drama and premiered in 1959 at the University of Saskatchewan.

In the 1970s W.O. Mitchell turned his hand to writing stage plays and, with Back to Beulah in 1976 (which won the Chalmers Canadian Play Award), he began to make a major impression on Canada’s theatre scene. In 1977 he was a founding member of the Canadian Playwrights Guild and co-chaired its organizing committee. His plays have been produced by most of the professional theatres across Canada including Vancouver Playhouse, Theatre Calgary, Citadel Theatre, Persephone Theatre, Globe Theatre, Manitoba Theatre Centre, Tarragon, Theatre Aquarius, Grand Theatre, National Arts Centre, Centaur Theatre, Lennoxville Festival, Theatre New Brunswick, Theatre Newfoundland Labrador, and  Neptune Theatre. His plays continue to attract both amateur and professional productions—most recently the Grand Theatre’s 2004 production of The Black Bonspiel of Wullie MacCrimmon, the Theatre Northwest’s and Rosebud Theatre’s 2004 and 2005 productions of The Kite, and Jake and the Kid, a new stage adaptation by Conni Massing which will open Theatre Calgary's 2009-10 season (September 8-27).

The Devil is A Travelling Man
Just Published (May 2009): 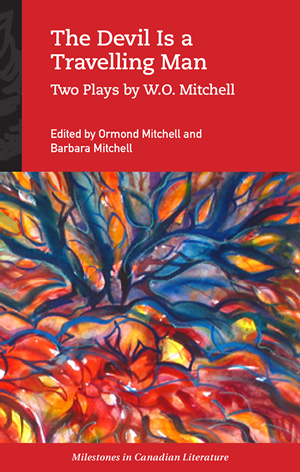 OUP Canada's  The Devil is a Travelling Man brings The Black Bonspiel of Wullie MacCrimmon and The Devil's Instrument back into print. Its introduction, footnotes, production histories, and 26 production photographs give the two plays a rich context.

When Wullie MacCrimmon, a shoemaker in the 1930s foothills town of Wild Rose, muses aloud that he would give anything to skip his curling team in the MacDonald Brier, the Devil (a travelling salesman who deals in “wholesale souls and retail sin) suddenly appears and makes him an offer. Wullie makes a counter offer, and one of the greatest matches in curling history is on—the “Black Bonspiel.” When the Devil appears with his curling team--Guy Fawkes (lead), Judas Iscariot, (second), and Macbeth (third)--Wullie and his team are in for one hell of a match.

Jacob Schunk, a sixteen-year old Hutterite boy, is given a mouth organ by a stranger. His love of creating music and his love for Marta, a Hutterite girl, inevitably clash with the puritan, patriarchal society of the Hutterites.  In the view of the stern powerful “Bosses,” music and moon-light meetings by the straw stack are the Devil’s work. They condemn Jacob and Marta to a one-month shunning, smash Jacob’s mouth organ on an anvil, and arrange for Marta to marry some one else—all of which lead to Jacob’s final rebellion.

Back to Beulah (Theatre Calgary and Taragon Theatre, 1976)

Synopsis:  Dr. Anders has been over-seeing a new halfway house that the Beulah Mental Institute has allowed her to open on a trial basis. She is optimistic about what she calls her “parable of hope,” so much so that she plans to leave her three mental patients on their own over the Christmas break.  Her optimism is shattered when Harriet, Betty and Agnes rebel against being treated as “dolls,” take her hostage, and force her to take their medications. Through a comic and tragic reversal of roles, Dr. Anders comes to a deeper understanding of what it is to be human and two of her patients do not have to go back to Beulah. 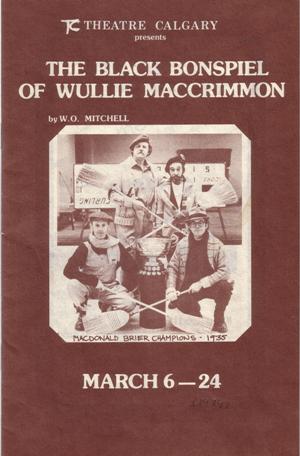 Synopsis: When Wullie MacCrimmon, a shoemaker in the 1930s foothills town of Wild Rose, muses aloud that he would give anything to skip his curling team in the MacDonald Brier, the Devil (a travelling salesman who deals in “wholesale souls and retail sin) suddenly appears and makes him an offer. Wullie makes a counter offer, and one of the greatest matches in curling history is on—the “Black Bonspiel.” When the Devil appears with his curling team--Guy Fawkes (lead), Judas Iscariot (second), and Macbeth (third)--Wullie and his team are in for one hell of a match.

Synopsis: Jacob Schunk, a sixteen-year old Hutterite boy, is given a mouth organ by a stranger. His love of     creating music and his love for Marta, a Hutterite girl, inevitably clash with the puritan, patriarchal  society of the Hutterites.  In the view of the stern powerful “Bosses,” music and moon-light meetings by the straw stack are the Devil’s work. They condemn Jacob and Marta to a one-month shunning, smash Jacob’s mouth organ on an anvil, and arrange for Marta to marry some one else—all of which lead to Jacob’s final rebellion.

Synopsis: Margaret Arnold runs a boarding house with six boarders. Her son, Howard, is a twelve-year old boy trapped within a seventeen-year-old body. Lon, the old boarder, has befriended Howard and shares with him his dream of building a boat and sailing it around the world. As it turns out, all of the boarding-house residents are in peril on the sea, and a dream very nearly sinks their boat.

Synopsis: It’s 1944 and drought threatens to destroy crops near the small prairie town of Crocus. Folks are getting a “might tetchy” so when hired-hand Jake claims he can make it rain, it’s not just the Kid who’s caught in his tale. Will he make true on his promise and save the day, or is Jake just full of hot prairie air? Based on W.O. Mitchell’s beloved stories, Jake and the Kid pays tribute to the kid inside all of us and shows that sometimes hope is bigger than the Alberta sky.

Synopsis: This play shapes three of Mitchell's Jake and the Kid stories ("The Day Jake Made Her Rain," "Cabin Fever," and "You Gotta Teeter") into a two-act play. It was very successfully premiered by Theatre Orangeville in September 2000: "By honouring Mitchell's original characters, tall-tale story lines, colourful vernacular  dialogue and poetic descriptions of prairies, Douglas successfully brings to the stage the cantankerous hired hand Jake, the Kid, the Kid's ma, and Old man Gatenby, a character that reappears in the stories as Jake's neighbourly nemesis" (The Record); "On a star scale of five, this show would earn six" (Wellington Advertisor).

Synopsis: Daddy Sherry, the oldest man in the world, has flown the kite of his life for almost one hundred and seventeen years and the foothills town of Shelby is planning a community birthday celebration. Tensions rise as Daddy, who has “good” days and “bad” days, decides it’s time to “call the dog and piss on the fire”—that is, to die. He is finally convinced by Keith, his great-great-great grandson that dying during a foothills spring “Wouldn’t be decent.” His reaction to Shelby’s birthday gift, when it is unveiled on the community hall stage, is explosively surprising. He much prefers the birthday kite which Keith made for him. 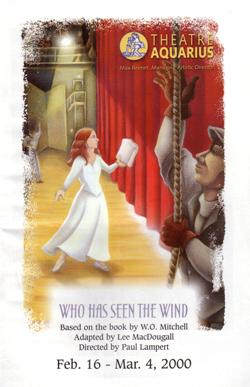 Synopsis: Theatre Aquarius commissioned Lee MacDougal to adapt Mitchell's classic novel, Who Has Seen the Wind. The Hamilton Spectator wrote, "The Theatre Aquarius production...is a luminous, evocative evening of theatre....It's a towering achievement...that will satisfy and challenge audiences for years to come." It was subsequently produced by Persephone Theatre (2000), Citadel Theatre (2002), and Alberta Theatre Projects (2002). 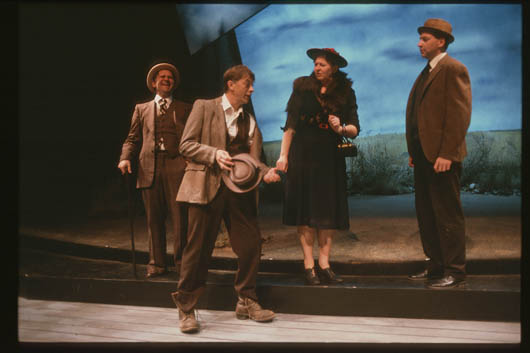 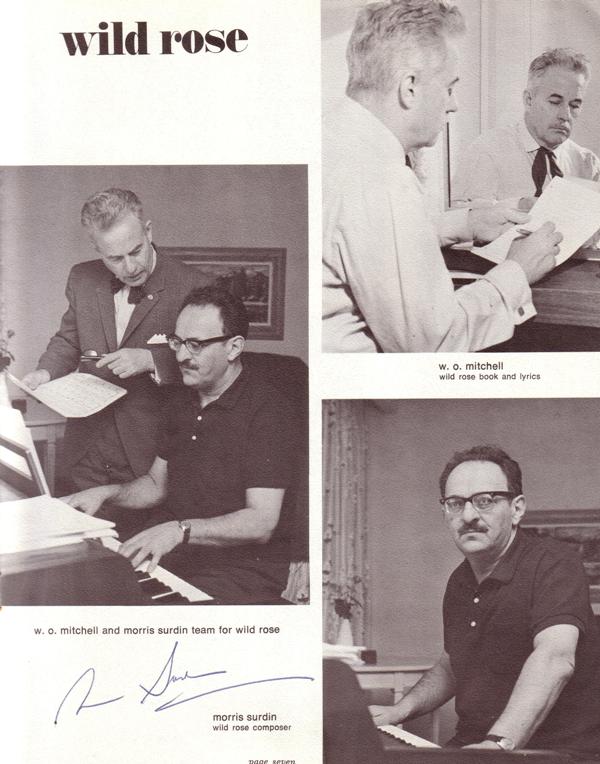 Synopsis: Wild Rose is about the visit of royalty to the small foothills town of Wild Rose and the delicate problem of which child shall hand up the flowers to the visiting princess: Mariel, the mayor’s daughter; Cora, the socialite’s daughter; Bud Morgan, the top school student; or Lazarus Lefthand, the Indian child. While it is a charming, light-hearted musical with a love element and the drama of a royal visit, it also gently satirizes small town snobbery and racism. Commissioned by the Canadian Centennial Commission as part of Canada's 1967 celebrations, Wild Rose's world premiere opened at the Jubilee Auditorium in Calgary under the patronage of H.R.H. Princess Alexandra and the Honourable Angus J. B. Ogilvy. W.O. Mitchell wrote the book and 19 lyrics, and Morris Surdin wrote the music.

Synopsis: Crocus is full of excitement as it prepares for the Royal visit of Princess Elizabeth and Prince Philip. Consternation reigns when it is learned that the Royal train's ten-minute train stop in the town has been cancelled. When this disaster is averted, community pride, jealousy and racial discrimination are exposed as the townspeople argue over which child will hand flowers to Princess Elizabeth. In the end it is Moses Lefthand, whose grandfather had signed the treaty with Queen Victoria, and his son Lazarus who conduct themselves with grace and decency and make the biggest impact on the Princess. Jake Trumper has the final word: “whether they feed on elk an’ bannock or breast of them royal swan--thousands crown ‘em or millions--wherever you find it--royalty has a way of being royalty.”

The Day Jake Made Her Rain (Qu’Appelle Valley, 1953; Alberta Theatre

Synopsis:  The prairie community of Crocus is in the midst of a terrible drought, so terrible that Jake Trumper scolds Old Man Gatenby for spitting (“Sinful…wastin’ yer moisture that way”). Their talk turns to rain makers, and when Jake boasts that he had been a rainmaker in his time (“used to call me Sheet lightnin’ Trumper”), Gate dares him to make it rain. Having cornered himself, Jake sets about building a rain making machine. Gate, knowing that Jake will make a fool of himself, makes sure that the whole district of Crocus gathers to watch Jake’s attempt to make it rain. 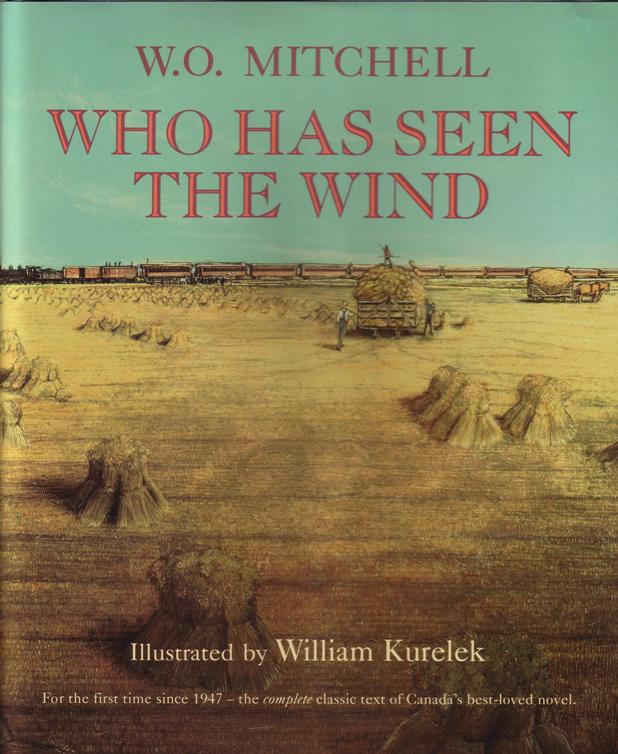 Rights for the following novels are currently available:

Who Has Seen the Wind (edition illustrated with 8

An Evening with W.O. Mitchell

The Black Bonspiel of Willie MacCrimmon

Who Has Seen the Wind 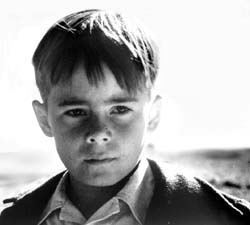 "...we find again all the archetypal characters who brought pleasure to readers of Steinbeck and Saroyan...a film of sustained lyricism which recalls John Ford's How Green Was My Valley."
Le Matin, Paris


Jake and the Kid

How I Spent My Summer Holidays

A Motion Picture adaptation of How I Spent My Summer Holidays is in development with award winning writer/director team Kirsten & Devon Bolton of Burning Bridge Entertainment.

Film and television rights for other works by W.O. Mitchell are available, including The Vanishing Point, Back to Beulah, The Kite, Since Daisy Creek, and Ladybug, Ladybug.